The TOFE interface dramatically reduces the cost of high-speed I/O functionality by taking inspiration from the PCI-Express standard and re-purposing its connectors and mechanical specifications.

TimVideos and Numato are committed to developing expansion boards to add new features (such as VGA capture) to the Opsis board through the TOFE connector. We also plan to create simple adapter boards to other existing expansion I/O standards such as PMOD and the Digilent VHDCI.

We hope that the significantly reduced cost of the TOFE interface will also enable the community to create new expansion boards we haven’t even dreamt of yet!

We want a FPGA expansion that fits the following criteria;

The aim with naming of a TOFE motherboard connector completely describes the features available.

The name scheme needs to include;

TOFE boards should be mechanically identical to PCI-Express half length cards in either full height or half height (also called low profile).

However, the only regions which matter for TOFE boards are the PCI-Express fingers and the mechanical drill holes. See the following diagram; 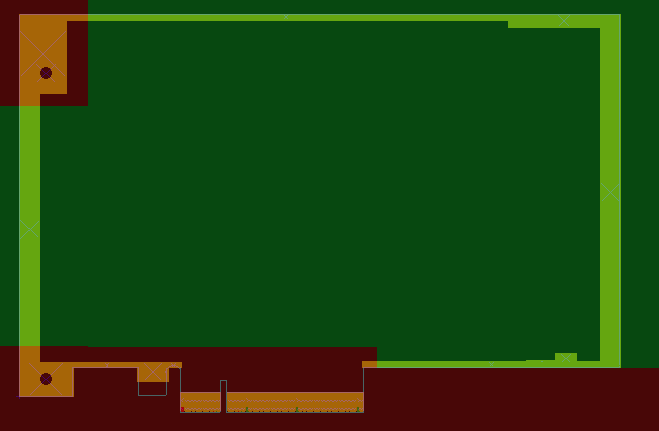 Any of the area marked in green is free to be changed. This offers a wide range of mechanical designs, such as shown in this diagram;

These boards are currently available;

These boards are planned for construction or currently under development;

Boards which adapt to other standards for peripheral interfacing.

A KiCad template for TOFE boards can be found on GitHub.