Well you guys have done it, we have reached our first stretch goal and are proud to announce the availability of the “Low Speed I/O” TOFE board! Just to refresh your memory, here is what we said in our stretch goal update:

“While the Numato Opsis board has a massive amount of high speed I/O interfaces, it doesn’t include many features for interfacing with more pedestrian speed devices such as buttons or LEDs. To help solve this problem, we are currently designing the “Low speed I/O” TOFE board.”

The board can be added to your order at a discounted price of $20 USD until the campaign ends (when it will be available for $25 USD).

The “Low Speed I/O” board has the following confirmed features: 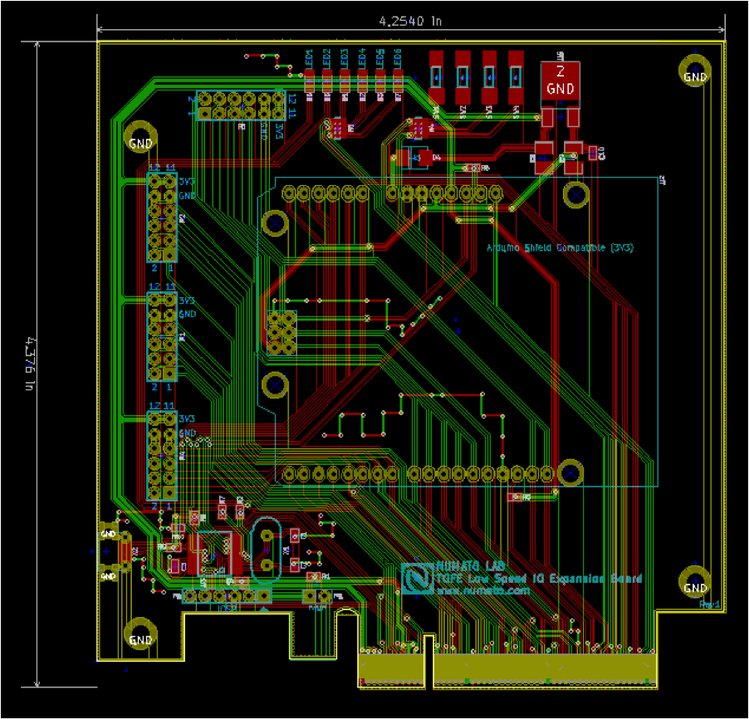 The full schematic and PCB design can be found in the timvideos/HDMI2USB-TOFE-LowSpeedIO repository. We are also in the process of releasing a KiCad template for creating TOFE expansion boards which will be found in the timvideos/HDMI2USB-TOFE-kicad-template repository - we already have people interested in working on both SDI video and VGA expansion boards.